I get a couple of blindbox-type crates - a Doki Doki (Japanese cute and often useful items) crate, and a "Gachapon" crate (like the small items from the famous gachapon vending machines). They're fun, they're nice, and even though they're an expense each month having them to look forward to makes my life better - and often the items are either useful to me, fun, or make a good gift for someone else (the clownfish stuffie I got in a recent crate, I have put aside as part of my niece's birthday present; they have a saltwater aquarium and she is all taken up with the various reef fish)

The most recent Doki Doki crate was "cat island" themed (apparently there is actually a small island near Japan that is home to many feral cats? I guess?). I opened it last night. Lots of fun stuff in here - one of those fold-up cloth sacks you can use for marketing (printed all over with cats), a towel with Rilakkuma (a bear character) dressed up as a cat, a Hello Kitty lanyard (which I may use at least some days when I lack pockets to hold my keys and thumbdrive) and then these: 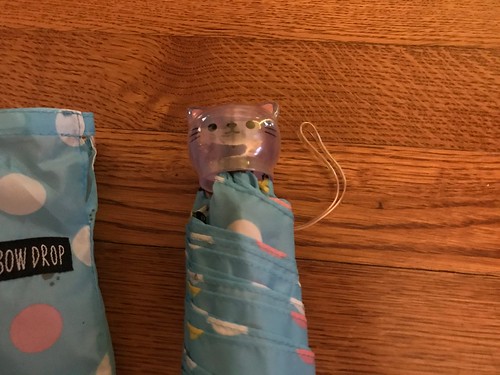 An umbrella with a cat design, and a cat head on the handle! I took it today in case we had rain but all the rain we got happened while I was in meetings.

And a stuffie. There were six different cats, the one I got is named Choco Kurimu (a transliteration of "chocolate cream." I don't know what the kanji for it is though) 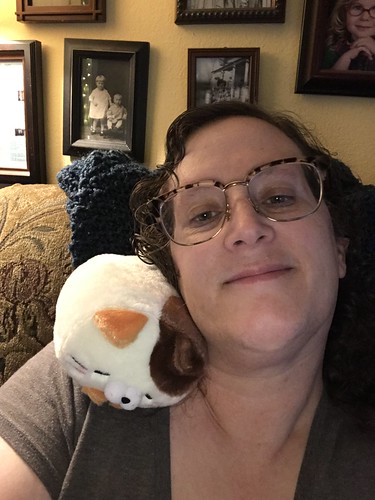 Not shown: the little star shaped...um...anus....that has been embroidered on the backside of the cat. (I have noticed many of the Japanese toy animals add that as a feature. Then again, maybe Americans are unusual in their prudishness about such things as someone told me that butt jokes were much more common in German culture than they are in American, and there is even a good-luck figure holding a gold coin between his butt cheeks, supposedly the wish is that you would be so rich you have money literally out the wazoo)

Tonight, I opened the Gachapon crate. Some little "critters" (Two Pokemon creatures - Bewear and I think that's Munchlax*) and a Dragonball figure (I don't know who, I am not into Dragonball, but I have a similar one but with blonde hair) 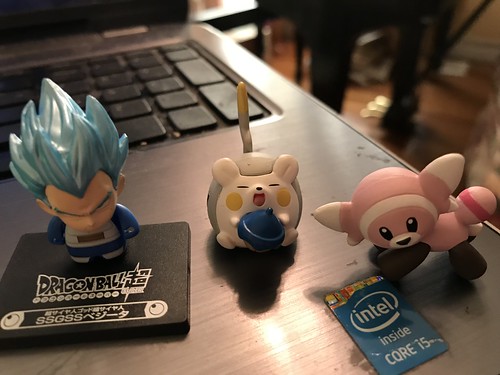 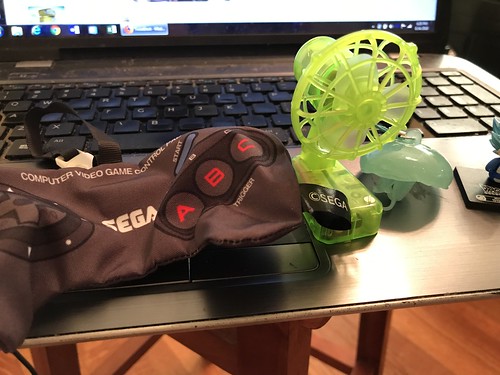 The rest of the items: a funny little wrist pouch shaped like a Sega controller (might give that to either my niece or my brother; not sure I have a lot of use for it) and a weird little battery fan (which is noisy as all get-out when turned on) and a glow in the dark rubbery jellyfish, which is really pretty cool: 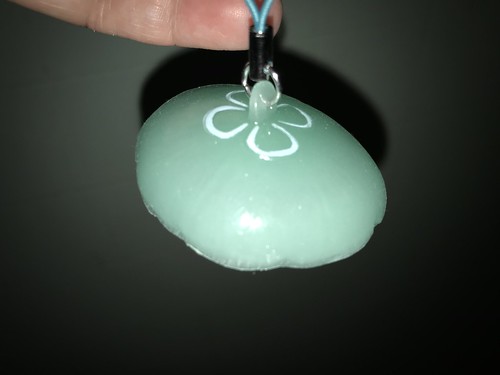 And yeah, those were all taken with the iPhone, which has a better camera on it than my giant old Mavica. (I guess technology marches on...) It will be nice to have later this week (I will delete all the old photos) when I go to visit Laura, maybe I can get some good snaps of her cats or of some of the sights we see.

I also grabbed a better photo of the "Unicorgi" that I bought a while back: 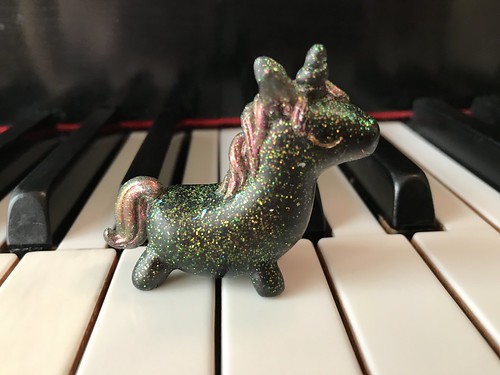 Posted by fillyjonk at 6:58 PM