I took the "word verification" (whatever form it's in now, I can't see it on my own blog) off because I know people hate it and I moderate comments any way* in the hopes that maybe there were some folks who wanted to comment but the dealing with "click every picture that has a chimney" or whatever was too much of a hurdle.


What I got instead were more bots. Trying to comment on ages old posts. I don't fully know why; I assume it's some kind of weird SEO thing, maybe? Though some of them are anonymous, so I don't even know how that works.

But anyway. Put verification on in addition to moderation, people don't comment because it's too much of a hurdle; take verification off and get spam comments you have to delete 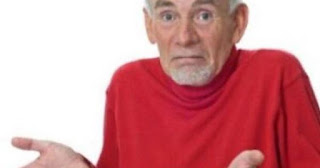 Like I said in the last post: it feels some times like we've conceded SO MUCH in the name of "eh, it's an imperfect world, so...." So we have not just billboards but lit-up flashy billboards, and not just spam calls on our old landlines but spam calls to our cell phones and spam texts and spam to our e-mail mail boxes.

And some days, it just feels to me like.....like the ratio of noise to signal is too high, like I wind up wading through fifty e-mails that are nothingness or at least nothing I want to find the ONE that is actually from a real human being I wish to communicate with, and fewer than 10% of the calls that come in to my home phone are someone I actually want to pick up for (and I've missed a few "real" calls from people with cell phones because it comes up WIRELESS CALLER and my reaction to that some times is

Because I've been burned picking up and getting some silly bot.

And, I don't know. I don't know where I'm going with this but sometimes it feels like this future that was promised us with all these great connections and ability to, I don't know, virtually tour the great museums of the world, and instead we wind up with "Ad-blocker make Mongo SAD. Turn off your ad blocker or else no content" and then you do and get sludged up with a ton of malware, or the site has so darn many blinky autoplay videos on it you can't even pay attention to what you went to see...and the "new friend" you thought you made might be a creeper and....sometimes I feel like this isn't my beautiful future, this isn't what I hoped for back in 1985....


But I guess I leave the verification off for now in the hopes for a "real" comment or two. I will look at the ratio in the coming day and if it's less than 1 real comment to every 20 wannabee spam, maybe verification goes back on. I don't know.

(*I often think about what someone else wrote a long time ago, back in the heyday of blogs, about commenting and why they moderated: basically, they saw it as being like letting someone into their living room, and if someone came into the living room and argued, maybe that was fine and okay depending on how strong the blogger felt that day, but if someone came in and figuratively peed on the carpet....well, you wouldn't let someone do that,  because it's your living room (and also, that rug really tied the whole room together...) and the idea being that your little corner of the web is YOUR little corner of the web, and you don't HAVE to allow unfettered freedom of speech....which includes not having to allow spammy spambots or people dropping dodgy Youtube links)


Edited to add: I think this is just that I am feeling kind of lonely this evening. I trucked over to school and worked for a while but I was the only one over there. And yesterday other than the quick greetings and interactions with the people in shops, I didn't really talk to anyone....

I tend to imagine that "everyone else" is having more fun and is more....well-adjusted?...than I am, in the sense of having lots of friends around and fun stuff to do. That's probably not actually true (this minister's perspective is that LOTS of people feel loneliness, and the insidious thing about loneliness is that you get the sense that you're the only one in the world experiencing it at that moment, and yes, that's true. And I suspect with my particular "stuff" - feeling like I've been "on the outside" so much, and my worries about rejection/abandonment (mostly unfounded, but my emotions don't always listen to my intellect)....well, it does make it a bit tougher to take some times.

What I really need to do now is get into my pajamas and clean up the kitchen and then knit on this new sweater, maybe that will make me feel more connected to something. Or even grab one of my stuffies (Well, Yvette is right here on the table next to me) and have it sit on my lap while I knit...

Posted by fillyjonk at 6:39 PM